Get blog updates sent straight to your inbox.

We promise to send actionable strategies to build teams and develop leaders.

Currency - All prices are in AUD

Currency - All prices are in AUD

Get blog updates sent straight to your inbox.

We promise to send actionable strategies to build teams and develop leaders.

Five Behaviors of a Cohesive Team™ - Powered by DiSC® 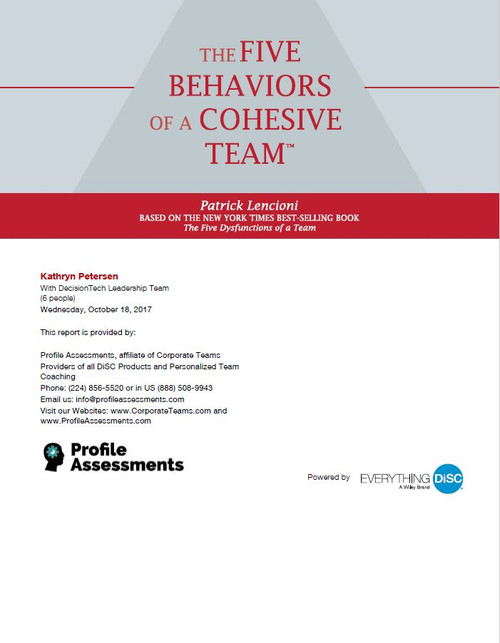 The Five Behaviors of a Cohesive Team model provides feedback based on five areas of team performance: 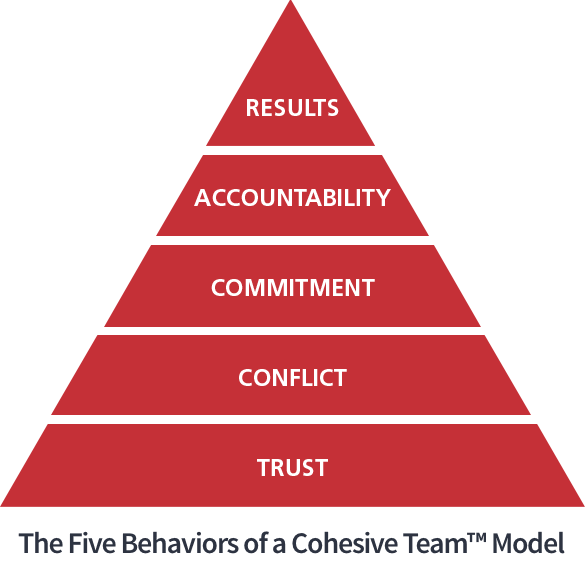 Building Trust
Team members that are genuinely transparent and honest with one another are able to build vulnerability-based trust. The willingness to admit mistakes, acknowledge weaknesses, or ask for help is the foundation for building trust.

Mastering Conflict / Healthy Debate
When a team has developed vulnerability-based trust, team members are able to engage in unfiltered, constructive debate of ideas. Conflict is not to be avoided. Rather a well-balanced environment of healthy debate provides teams the opportunity to explore ideas and challenges in an open platform of conversation.

Commit to Decisions
Team members able to offer opinions and debate ideas, are more likely to commit to decisions. Consensus is not needed to gain commitment from the team. Clarity of team vision and buy-in based on an understanding of the vision is what drives teams forward with full team commitment.

Hold One Another Accountable
Once clarity of the vision and buy-in are established, team members will be more willing to hold one another accountable. The core foundation of trust promotes an environment of support and genuine accountability of results.

Focus on Achieving Collective Results
The ultimate goal of building greater trust, conflict, commitment, and accountability is one thing: the achievement of collective results. Alignment in managing individual results within the greater goal of collective results demonstrates a high level of team cohesiveness.

The Five Behaviors of a Cohesive Team program is a deep dialogue experience with team members engaging in authentic discussion driven by the Five Behaviors team assessment results. Corporate Teams facilitates a process that provides a platform for open communication and dialogue of team strengths and challenge areas. The result is a productive and high-functioning team that is able to drive hard-hitting discussion into actionable steps to: 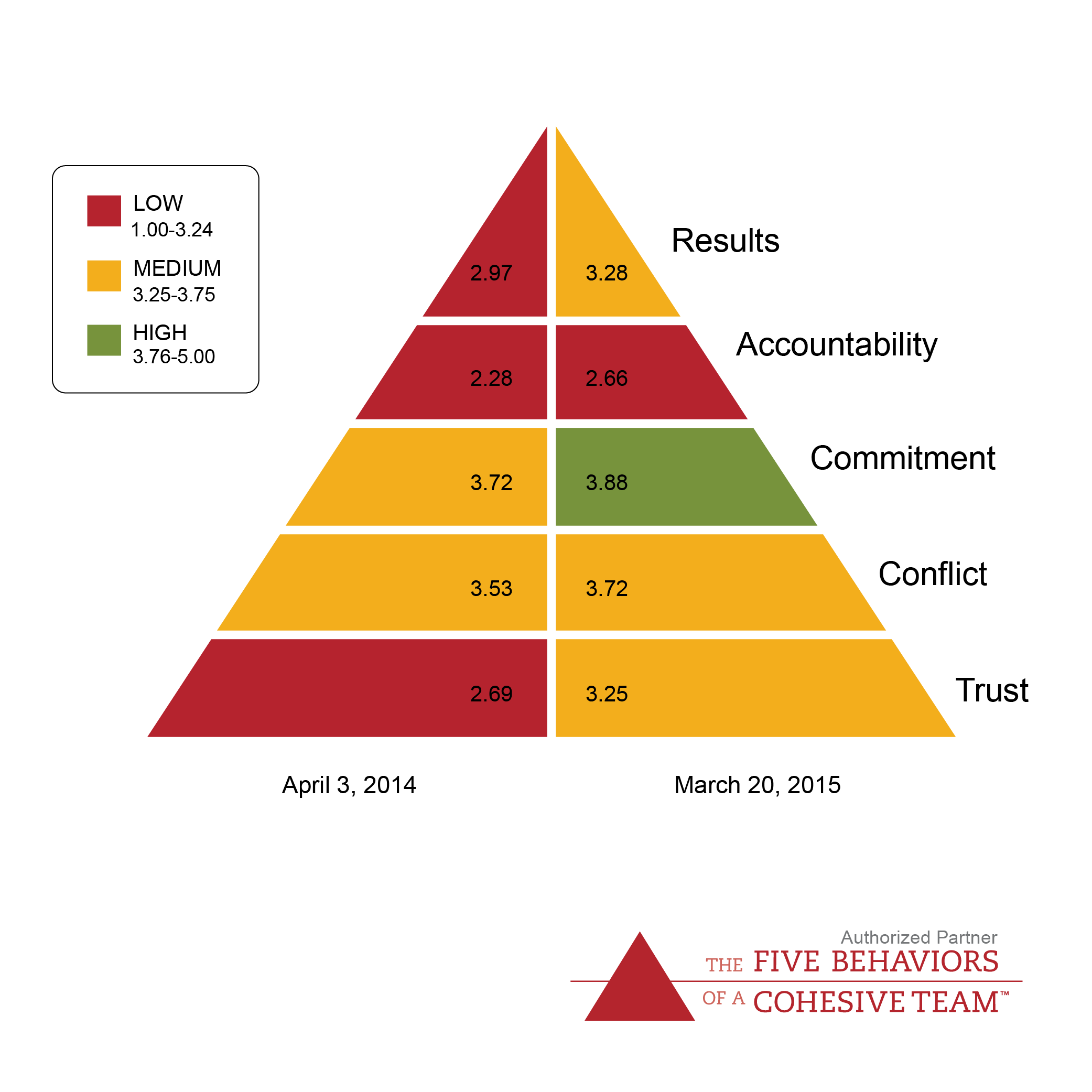 Five Behaviors of a Cohesive Team Powered by DiSC Overview

This product hasn't received any reviews yet. Be the first to review this product!